Regulatory Commission (Regulator) is the competent body for the adoption of normative acts in the election field and the establishment of election rules.

Regulator has the authority to adopt detailed rules for the organization and administration of elections and referendums, rules and instructions for the unification and improvement of electoral practices, and activity of public institutions in the service of elections.

The Albania Parliament with decision no. 58/2020, elected the following members of the Regulatory Commission: 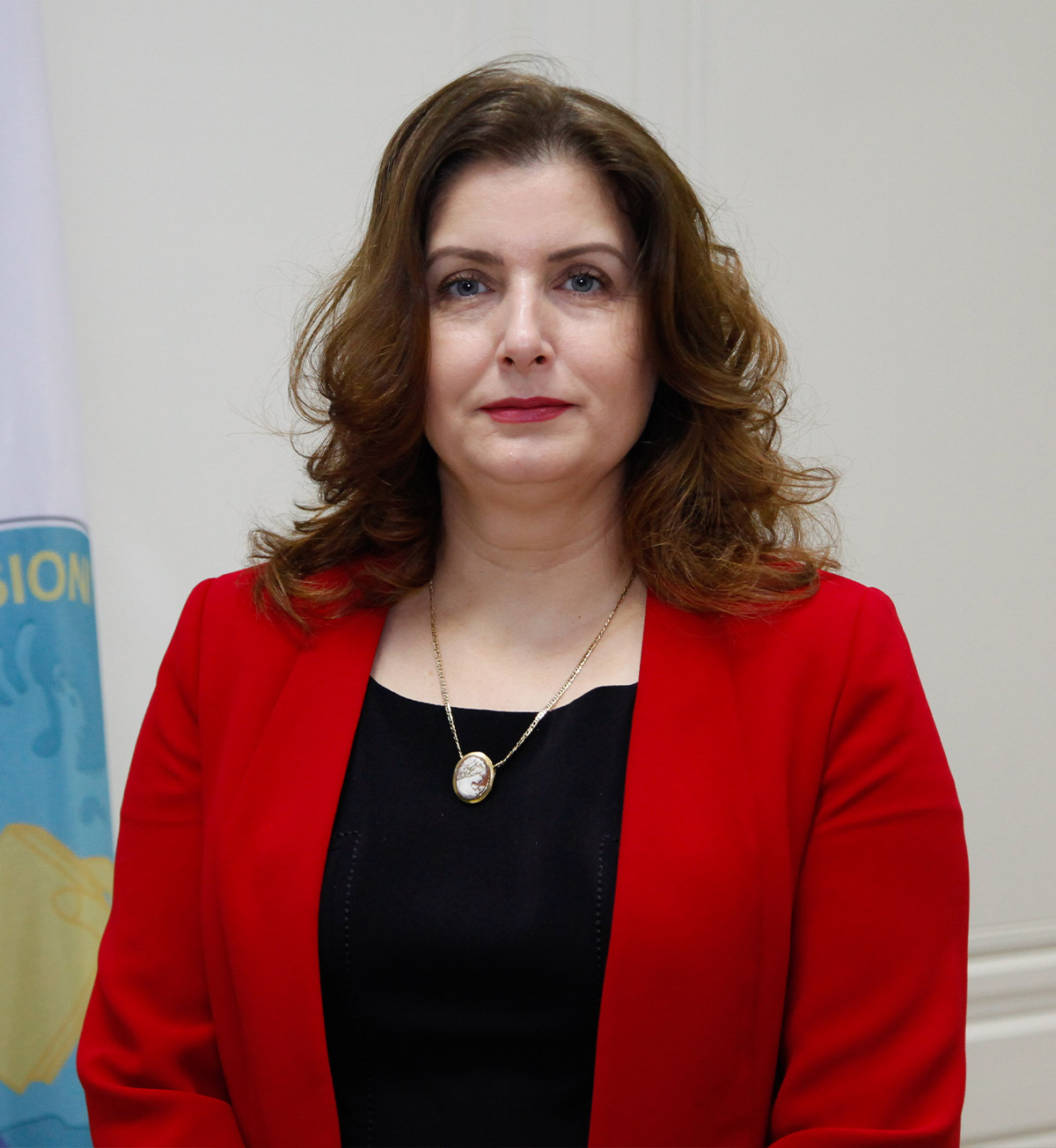 Mrs. Ilirjana Nano was appointed as Chairwoman of the Regulatory Commission in the Central Election Commission on October 5, 2020. Prior to her appointment, Mrs. Nano held the position of Adviser and Secretary-General at the High Council of Prosecutors. She also has an extensive experience of 15 years in teaching and leading positions in institutions of higher education.

Mrs. Nano served as an expert and partner in various projects of Albanian centers and institutes and international organizations such as OSCE, USAID, IOM, etc.

Dr. Ilirjana Nano was the coordinator of the Anti-Corruption Action Group in the framework of the Reform in the Justice System. She was also involved as a trainer at the Albanian School of Public Administration on issues of ethics in public administration, conflict of interest and anti-corruption. 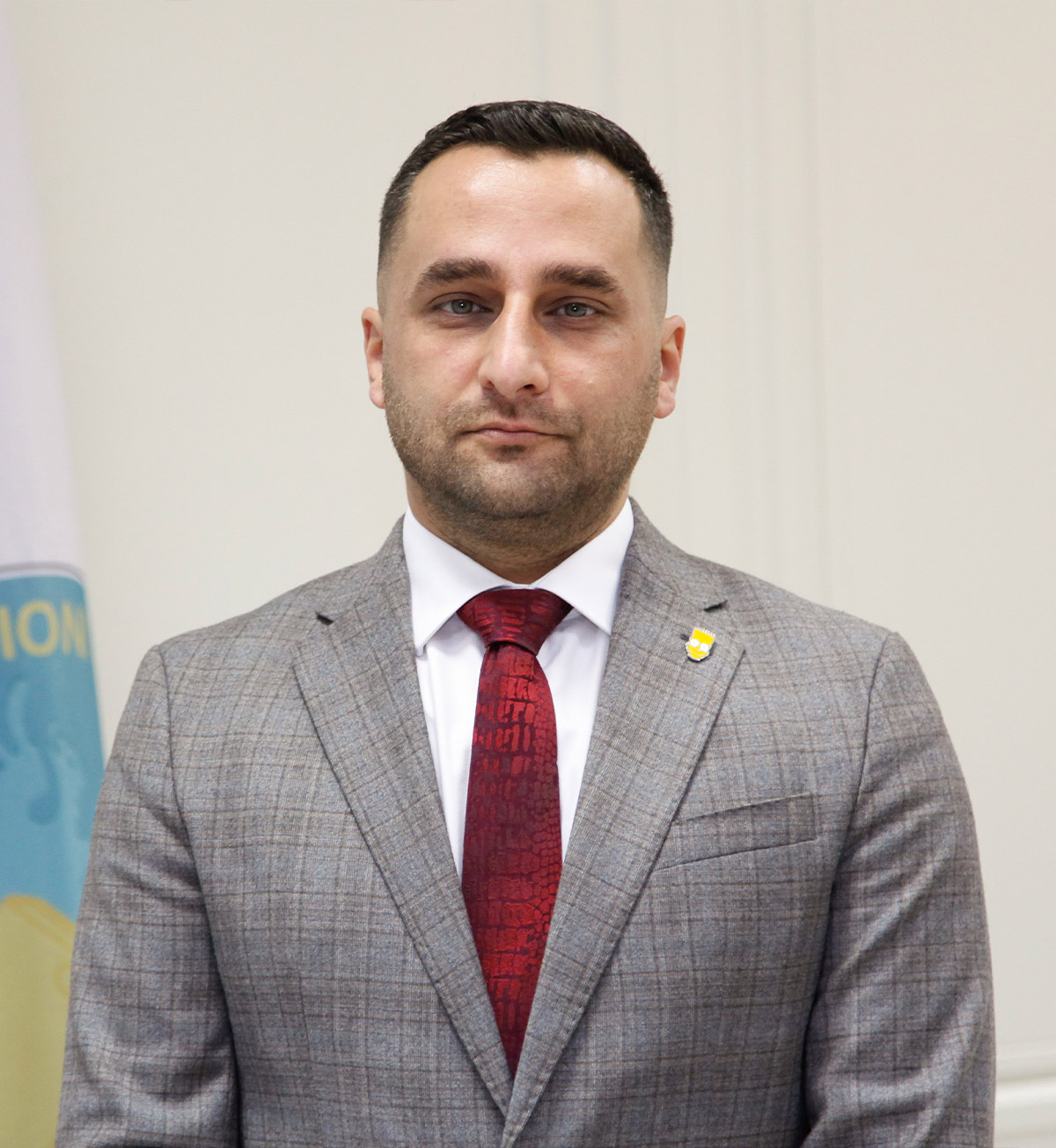 Mr. Arens Çela was appointed member of the Regulatory Commission, with Decision no.58/2020 of the Parliament of Albania. He joins this position following a consolidated experience in teaching and jurisprudence in the University of Bologna.

From 2010 to 2014 he served Associate Professor in the Department of Ecclesiastical Law in the University of Bologna.

Mr. Çela is also involved in the private enterprise sector, where he held leading positions. He served for three years as Legal Advisor to the Parliament of Albania.

Mr. Çela received in 2014 a Master’s of Science Degree in Ecclesiastical Law from the University of Bologna. 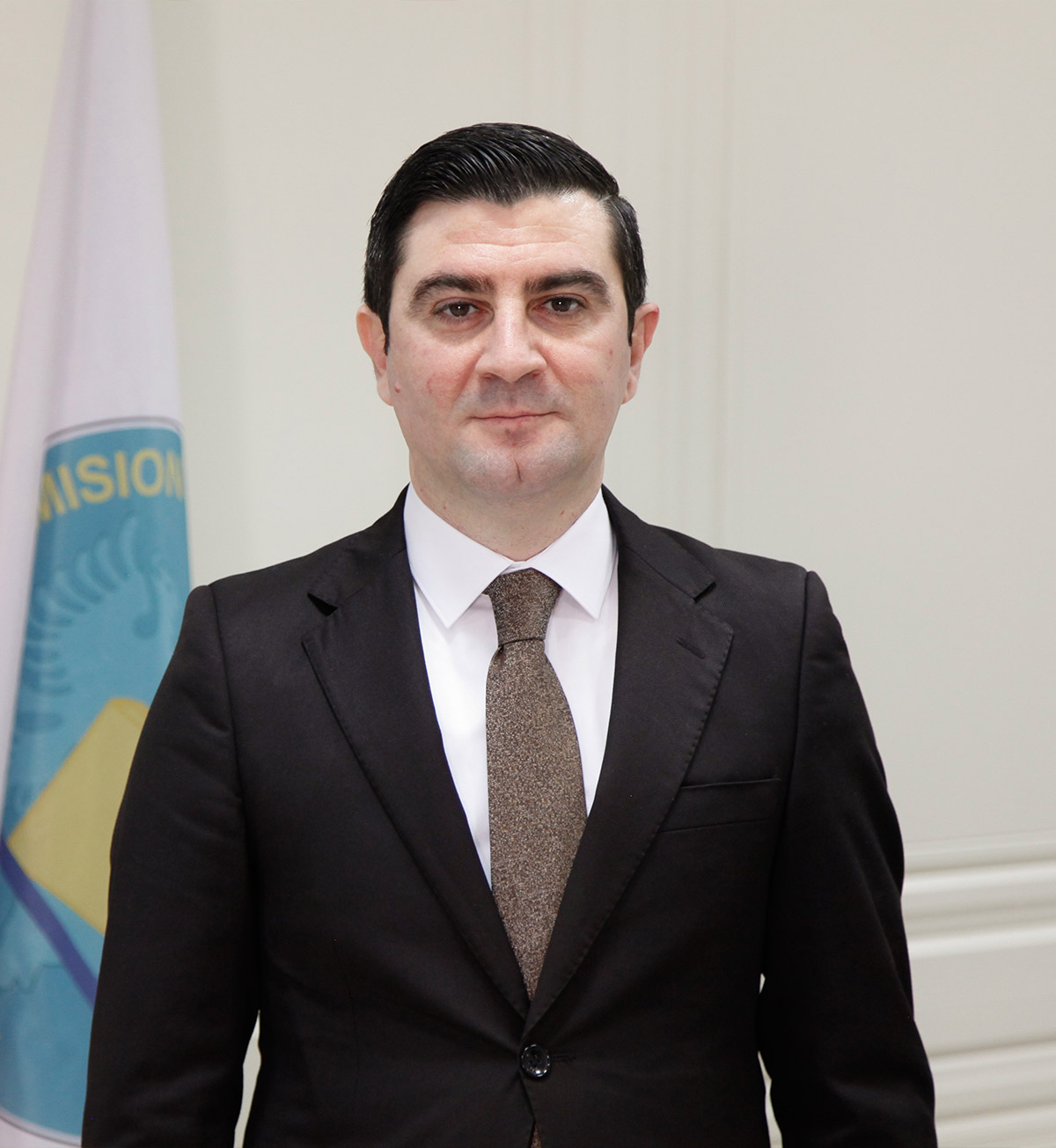 Appointed with the decision no. 58/2020 of the Albanian Parliament, as member of the CEC Regulatory Commission, Mr. Dritan Çaka joins this position following several years of experience in public administration and as a lawyer.

Prior to his appointment as Member of the Regulatory Commission, Mr. Caka served as Head of the Cabinet and Advisor in several public utilities, such as Transmission System Operator sh.a, Posta Shqiptare sh.a, AlbGaz sh.a.

Mr. Caka has an extensive experience in practicing law as a Lawyer, providing legal consultancy in the criminal, civil and administrative matters. He was also engaged in teaching in several non-public universities, as a lecturer in various disciplines of law.

Following his graduation as a Lawyer at the Faculty of Law, University of Tirana, Mr. Caka served in the Ombudsman’s Office, representing state institutions and public entities in courts or international arbitration. He is a judge of the National Chamber of Conflict Resolution in the Albanian Football Federation.

He is also an external expert at the Special Parliamentary Commission for the implementation of election reform. 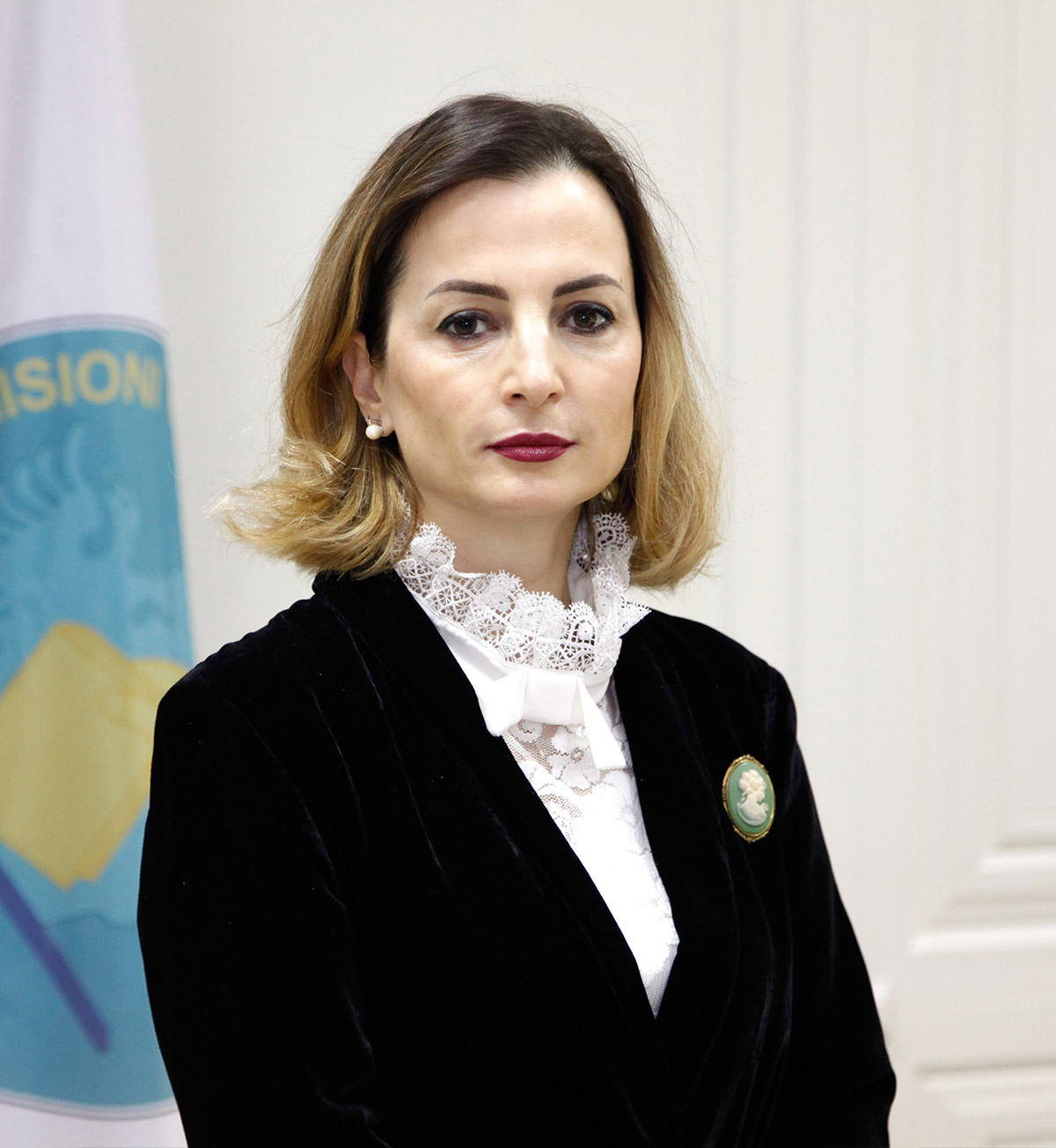 Asoc.Prof.Dr. Helga Vukaj joins the Regulatory Commission body following an extensive experience in public administration and education. She is a lecturer at several Public Universities.

Mrs. Vukaj has 15 years of experience, holding high-ranking managerial positions in some of the most important institutions in the country. She served as Deputy Director and then General Director in the Property Restitution and Compensation Agency from 2006 to 201. She held the position of General Director at the institution of High State Audit from 2012 to 2016 and the post of Minister of Finance in 2017.

Assoc. Prof. Dr. Helga Vukaj has pursued studies at home and abroad, such as in Italy, or New York, USA. During her career, she served as a lecturer in the academic field and on other important educational institutions in the country and abroad, such as the School of Magistrates, the Faculty of Law at the University of Tirana and the University of Luigi Bocconi in Milan, Italy.

She has also contributed to research in the field of law, including a number of scientific publications at home and abroad.

Assoc. Prof.Dr.Helga Vukaj is regularly part of assessment panels and commissions in important institutions such as Ombudsman. 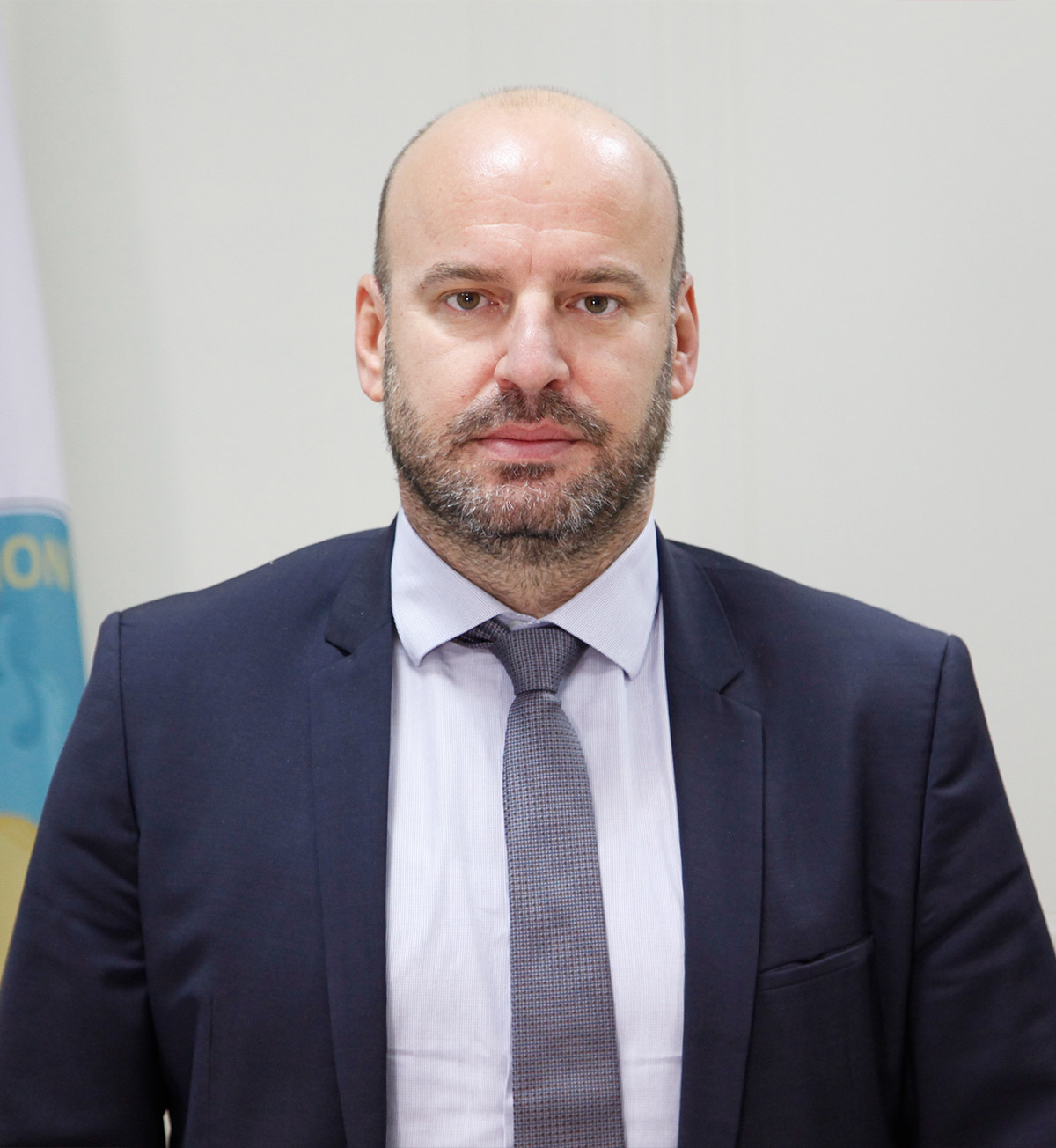 Graduated in law on 2001, Mr. Muharrem Çakaj joins CEC following a consolidated experience in the field of public law. During the 2015-2018 period, he served as Head of the Legal Services Department in the Ministry of Transport and Infrastructure.

Following his graduation in law in 2001 from the Faculty of Law, University of Tirana, Mr. Çakaj served for five years as a lawyer at “Vodafone” company.

In 2009, Mr. Çakaj began his professional career in public administration with his appointment as a lawyer at the Mother Teresa University Hospital Center.

During the 2016-2017 period, Mr. Çaka also held the position of Chairman of the Steering Council at the Durrës Port Authority.

Mr. Çaka has been engaged as a legal expert on election issues and legal representative of the Socialist Movement for Integration at the CEC.